The Zentrum fir politesch Bildung (Centre for Citizenship Education) is an independent foundation, created in 2016. Its aim is to promote active citizenship.

OUR FIELDS OF ACTIVITY

Learning: We offer educational material and activities as well as trainings on political and social topics.
Understanding: We promote the understanding of democratic processes and social challenges. This is done through publications, talks, discussions, exhibitions, etc.
Participating: We encourage participation through projects that lead to an increased interest in politics, especially among young people. We support institutions in developing or strengthening democratic structures.

The ZpB is constantly striving to develop and to reach out to more people. As the request for English material has grown over time, you can find a first selection on this page.

This publication is basically directed at teachers of primary and secondary education but can also be used by any other relay person. duerchbléck! tackles topical and substantive themes which can be treated in social sciences as well as in interdisciplinary work.

The duerchbléck! booklets are freely available upon request and can be downloaded below as a PDF. Contact us at info@zpb.lu if you wish to subscribe to duerchbléck! and automatically receive your copy by postal mailing.

Check Politik is a series of publications co-published with Klaro – center for easy language in Luxembourg. It is aimed at everyone (young people and adults) needing simple and understandable texts as well as teachers and relay persons who want to explain complicated things in an easy way.

Klaro booklets can be downloaded as PDF or ordered for free (a maximum of 4 booklets per language and per class can be ordered for school classes).

Workshop for citizenship education in and outside of schools

DemocraCity is a simulation activity that allows a group of 12 – 24 participants to better understand decision-making processes and complex political contexts through active participation.

This interdisciplinary workshop, led by a team member of the ZpB, allows to strengthen action and social skills as well as the capability for self-reflection and network-thinking.

Booking: Please send the completed form below to info@zpb.lu.

The Zentrum fir politesch Bildung, the Chambre des Députés and the Ministère de l’Éducation nationale, de l’Enfance et de la Jeunesse have produced animated films in Luxembourgish, German, French and English. These films are directed at children and adolescents, but can also be used for adults who wish to learn about the Luxembourgish democracy.

In addition to the films, accompanying educational booklets are freely downloadable from our site. These bilingual booklets (German and French) are mainly intended for teachers and educators who wish to approach the subjects of the film. They contain general information on the subject, a quiz on the film, additional leads encouraging young people to do research, debate and engage as well as several worksheets ready to copy and suitable for different age groups.

The films can as well be used as preparation material in order to visit the parliament or to make an assessment.

Every year on 20th November (World Children’s Day), around 100 children are invited to the parliament in order to discuss their thoughts, wishes or worries with the national MPs. Building up to these meetings, the kids capture their thoughts on what an MP should be like and what (s)he should advocate. Those thoughts are put on big human-sized cardboard figures. On 20th November, the children from various parts of the country then take their figures to the parliament and have the opportunity to discuss their ideas in small groups with the elected MPs.
Thus, they can not only become familiar with legislative work, but are also able to meet the people who decide on their behalf. 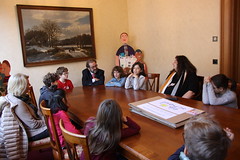 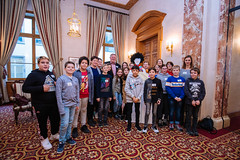 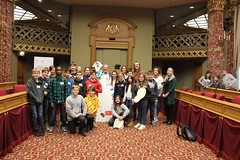 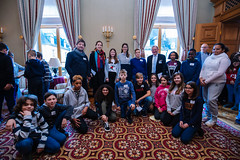 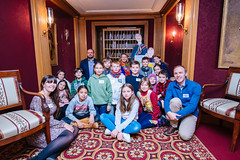 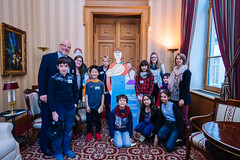 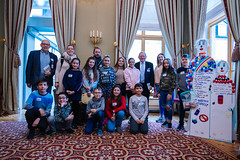 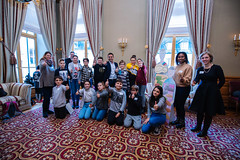 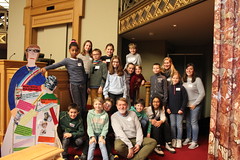 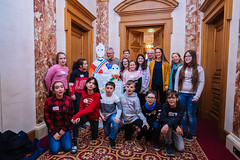